Interesting Facts and Folklore about the Southern Islands

Singapore may be a young republic, but did you know our bustling city-state has roots dating as far back as the 3rd century? And with history comes many long lost tales and legends which we will share with you today. As a yacht charter provider, visiting the Southern Islands region is something we do on a daily basis. So, for the purpose of today’s post, we will narrow our scope to the Southern Islands and share the interesting facts and folklores that literally come with their existence.

But before we get down to the facts and folklores.. what exactly is the Southern Islands and where are they located?

What are the Southern Islands?

The Southern Islands is a collection of islets located at the South of Singapore. They were home to native Malay Islanders and sea nomads, before relocating to the mainland between the 70s and 90s. The Southern Islands consist of Kusu Island, Lazarus Island, St John’s Island and the Sister’s Island.

The first island, Kusu Island, translates to Turtle Island in Hokkien or Peak Island in Malay. It is a small island about 5.6km away from mainland Singapore. In the 19th and 20th centuries, the island was a holy pilgrimage site that was very popular among the Chinese and Malays in Singapore.

In the island, there is a Taoist Temple, Tua Pek Kong Temple. It is dedicated to the God of Prosperity and the Goddess of Mercy. On the 9th month of the lunar calendar, people would go to the temple to worship and give offerings. Within the island, there is also a small hill which houses Malay Kramats (holy shrines). These shrines were built to commemorate a devout family who once resided in the island. According to tradition, pilgrims had to climb up a total of 152 steps to reach the shrines, or be deemed impure.

Interestingly, this island has many eye-opening legends too. One legend mentions a giant turtle which miraculously transformed into an island sanctuary to rescue two shipwrecked fishermen, a Chinese and a Malay. It is no coincidence as well, to find many turtles living in the temple grounds today.

Another legend tells of a close, life-long friendship between a Chinese and Malay. They were stranded on the island and had to rely on shrubs and shoots to survive. Years after their death, a ship infected with an epidemic anchored near the island. Miraculously, the sick recovered from their ailment.

About 30 minutes away from Sentosa, there is a little island named Lazarus Island. It is also known as Pulau Sakjiang Pelepah, which translates to “Island of One Barking Deer and Palms”. The island once had a foreboding history too.

In the 1800s, the island was populated with convicts who resided in prison confinement sheds. However, the sheds were found to be ineffective, when a prisoner successfully escaped. Decades later, the island was used as a grave site for people who succumbed to infectious diseases.

In the 1960s-70s, the island was home to many Malay villages. However, during the 80s rapid urban developments in mainland Singapore caused many of the villagers to relocate. Subsequently, there were plans to transform Lazarus Island into a beach resort island, but the plans never materialised.

Fortunately, you are now able to visit this beautiful island without restrictions and enjoy its beautiful beach lagoon. You can take it up a notch by renting a luxurious yacht, which costs as low as $18 per hour for four hours, for a 18 pax charter.

St John’s Island is another little island located adjacent to Lazarus Island. It was once known as Pulau Sakjiang Bendera, which translates to “Island of One Barking Deer and Flags”. This island had a rich history too. During the late 1800s, the island became a quarantine station during the cholera epidemic. In a span of 20 years, a whopping 8 million people were screened before they were allowed to enter Singapore.

In the fifties, the island was repurposed into a detention facility to hold political prisoners and secret society members. Eventually, the island also became a rehabilitation centre for drug and opium addicts. The island has since been redeveloped into a resort where overnight school activities and leisure camping are held.

The last of the Southern Islands, Pulau Subar Laut and Pulau Subar Darat. Commonly known as the Sisters’ Islands, they are home to a very rich marine biodiversity. They are also the first Marine Park in Singapore. In the past, the Sisters’ Islands were famous for another reason. A legend, which tells a story of a deep pure love between two sisters.

Long ago, two sisters lived together with their distant uncle. One day, the younger sister was pursued by a pirate chief who wished to marry her. Despite objecting to the union, she was forced to marry the pirate chief and was taken away. Desperate to save her, the elder sister courageously swam after the pirate’s vessel but drowned along the way. Touched by her elder sister’s efforts, the younger sister jumped into the sea to join her sibling in death. The next day, two little islands mysteriously appeared at the spot where the sisters drowned.

Before Sentosa came to be a resort island, it used to be known by a more foreboding name. Pulau Blakang Mati, which translates to “Island of Death Behind”. Many accounts of how the island earned its ominous name have surfaced over the years. One account attributes large occurrences of murder and piracy on the island in its past. Another mentions the outbreak of malaria in the late 1840s, which contributed to the wipe-out of the native Bugis settler population.

Despite its dark past, Sentosa has developed into a beautiful island with fun attractions like Universal Studios Singapore and Adventure Cove Waterpark. In fact, the name Sentosa is derived from the Sanskrit term Santosha which means “contentment, satisfaction”.

Pulau Tekukor, which translates to “Turtle Dove Island”, is an offshore island off of Singapore. It is near to Sentosa on the south side. However, unlike its northern counterpart, Pulau Tekukor is as mysterious as it is unknown. It was never inhabited and was used as an ammunition dumping ground until the 80s. Many plans had come up to develop this island. One of the plans include developing the rocky island into a “Monkey island”. However, the plans never came to be, and the island remains lonely in a crowded maritime space.

Today, the islands are idyllic and pristine, greatly untouched by urban development and commercialisation. You wouldn’t have thought that each of these islands come with rich history, legends, civilisation and dark pasts.

In addition, the Southern Islands are the perfect getaway for people who wish to escape city life. At White Sails, our yacht charters will bring you to Lazarus Island where you can have a fun-filled day of water activities and exploration. We also offer our special Southern Islands Cruise as well (charges apply). During this cruise, we will bring you past the aforementioned offshore islands, where you can appreciate them wholeheartedly for their lore, culture and history. To end off the charter beautifully, you can also consider the Marina Bay City Skyline Cruise. During this cruise, we will go past modern Singapore, which is sure to reveal to you the explicit contrast between history and modernity. 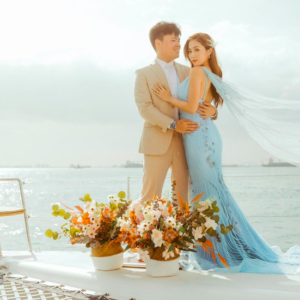 Organise a Pre-Wedding Photoshoot on a Yacht: Scream “I’m Flying!” 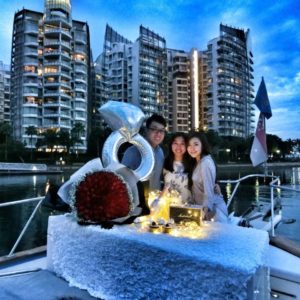 Plan a Surprise Wedding Proposal Onboard a Yacht 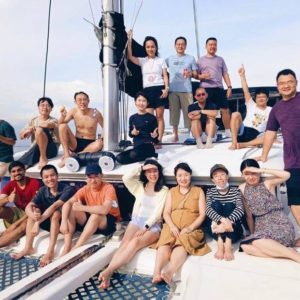 Organise a Team-building Retreat Onboard a Yacht 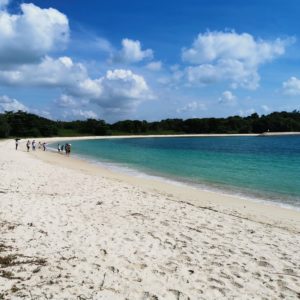 Interesting Facts and Folklore about the Southern Islands 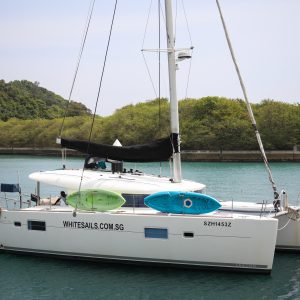 A Simple Guide to Renting a Yacht in Singapore 7 Reasons to Charter a Private Yacht in Singapore

Send us a message